skip to main | skip to sidebar

It's Sunday morning again and I've got 3rd-cup-of-coffee jitters. I'm convinced Sunday was invented for day-dreaming, blogging and surfing iTunes. Well...that and watching the husband nap his way through televised sporting events, our 2 black labs piled around him in a sleepy mess of limbs.
But lets get started. First I'd like to thank all the people who make photography look easy. My experience has been humbling, a needed reminder that luck, while it's been a good friend in the past, can only do so much for me. (Hopefully she'll be available later tonight for a poker game...)
Photography is not only about having a hard copy for practical or aesthetic purposes. It's unique proof that life is moving forward and that these moments can never be undone and never be re-created. And maybe of less importance but more fun, it represents an opportunity to create art. I'll take any chance I get.
Without further ado or any concern that these should not be conisdered art, here are a few prints from Diana roll numero uno. The first three were an experiment* with multiple exposure, which means several pictures were taken over the same section of film.
*Also referred to as "forgetting to advance the film cuz you're a dumb ass..." 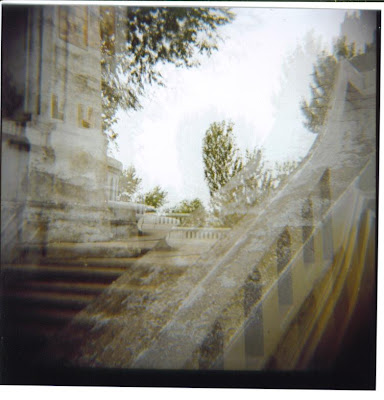 Double-exposure of one subject, a stone stairwell. Un-intentional and ghostly. 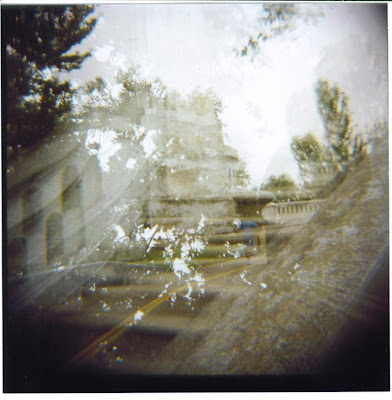 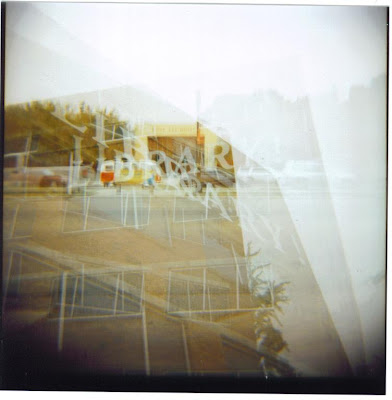 Quadruple-exposure of the Library! and the Boise Art Museum. Half-intentional. Meant to have a double-exposure of Library! and a double-exposure of BAM on separate photographs.
I recently decided that the word "intention" was invented for moments when the exact opposite of what I wanted to have happen, happens... Grrr..... However, this is the nature of the Diana camera, and is not "intended" to be discouraging. These photos are at least and best, interesting.... but my skills must surely get better from here.
Here are the remaining 2 photos of only 5 that came out. The other 7 exposures on the roll ended up blank, as well as my entire 3rd roll, for reasons the fine people at Idaho Camera are still trying to pinpoint. 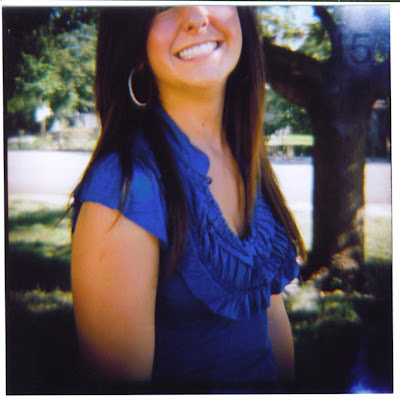 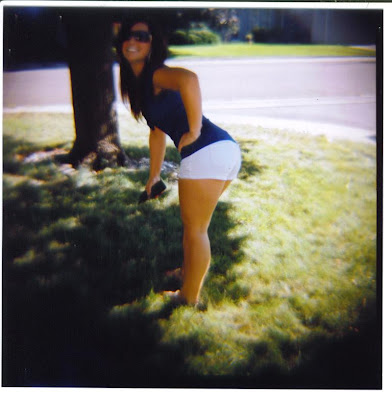 Roll number two up next..
Posted by Krista Allcott at 3:18 PM 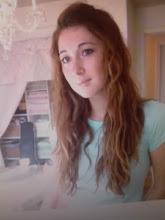 What I'm listening to

There is an empty place in my mailbox where Domino magazine used to lie, and the world just seems a little less grand. I savored each moment of that indulgent monthly ritual; page after glossy page of superbly-stylish function and whimsical, classic design. Sadly, they've stopped the presses.

So instead of curling up on the couch with a glass of vino and some tired "replacement" publication, I thought maybe I'd make some new connections.

I invite you to read my blog with an open mind and try to enjoy the mix. I'm not really sure what the ingredients will be, but like a fresh twist on a favorite old cocktail, adding something unexpected just might get the party started again! Cheers!